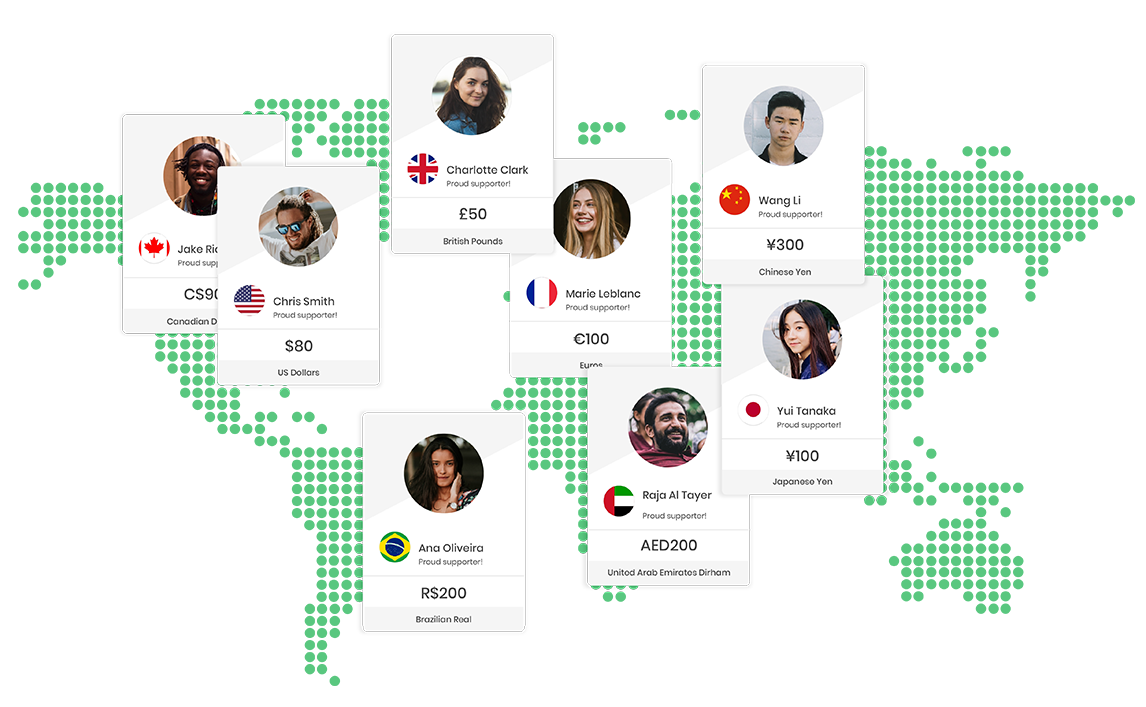 Many of the leading nonprofit organisations across the globe trust us with their global campaigns. Contact one of our experts and see how our solutions could help your organisation run an international fundraising initiative smoothly.

A few successful global campaigns by our clients

One platform, many languages, numerous currencies

Our platform is able to process 135 currencies, 18 different languages, and multiple local & international payment methods. With our integrated conversion system, you’ll be able to provide a cross-currency experience for your supporters, where you set goals in one currency, and can receive donations in another.

Are you ready to have your first Japanese donor?

We offer a full range of solutions to help you build successful long-term relationships with your supporters. iRaiser’s data-driven platform empowers you to create effective and impactful donor journeys that ensure every donor feels recognized, valued and respected.

Whether your organisation is already international or exploring the possibility of expanding, we make the process easy and efficient for you to rally supporters globally.