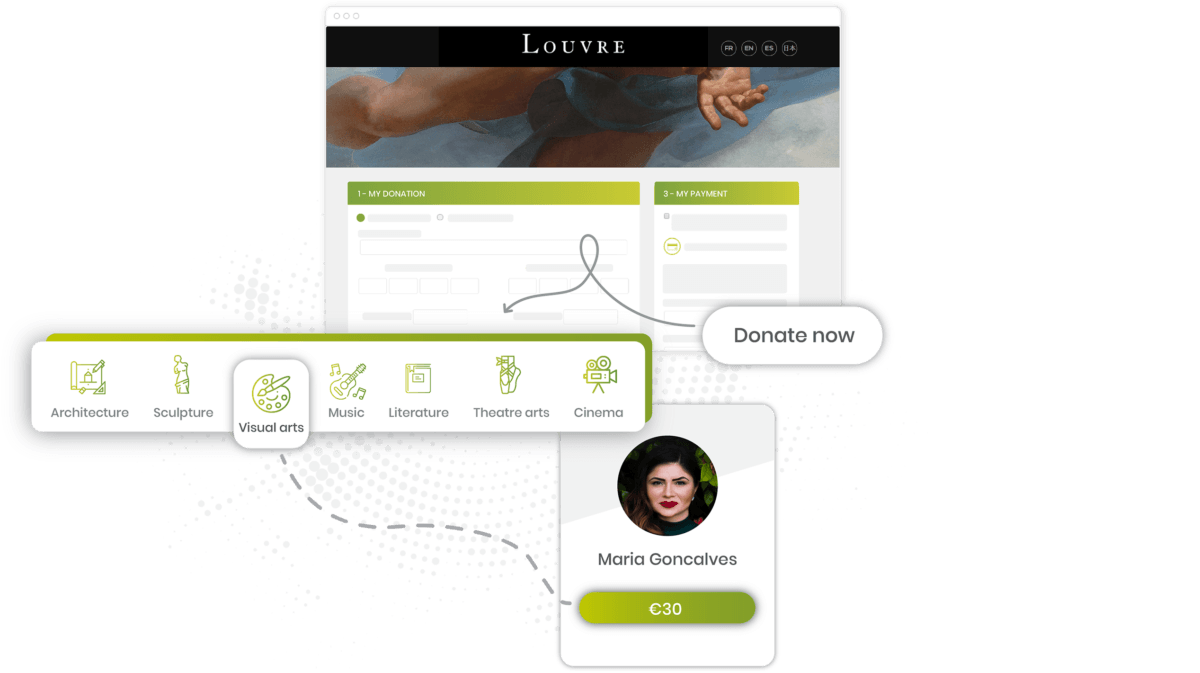 Many of the leading cultural foundations across the globe trust us to run their fundraising campaigns effectively. Contact one of our experts and see how our solutions could help your organisation engage your community, secure funding, and accomplish your missions. 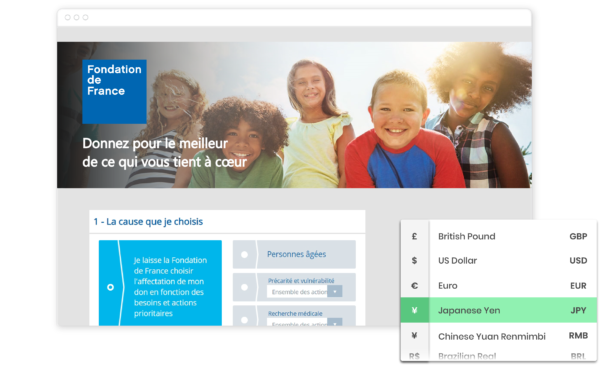 One platform, many languages, numerous currencies

Our platform is able to process 135 currencies, 18 different languages, and multiple local & international payment methods. With our integrated conversion system, you’ll be able to provide a cross-currency experience for your supporters, where you set goals in one currency, and can receive donations in another.

Are you ready to have your first Japanese donor?

The best in class solutions to convert visitors & members into donors

We offer a full range of solutions to help you build lifelong patron relationships. iRaiser’s data-driven platform empowers you to create effective and impactful donor journeys that drive results.
Whether your organisation is looking to engage an audience that is passionate about your cause, secure recurring donations by converting visitors into donors, or launch strategic fundraising campaigns for various projects, we make the process easy and efficient for you to reach your goal.